“You’re All Climate Change Lawyers Now”: The Crackdown on Greenwashing 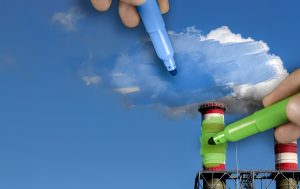 The recent resignation of Asoka Wohrmann, Chief Executive of DWS, Germany’s largest asset manager, has sparked fresh debates over greenwashing and how it is affecting the investment industry.

While greenwashing doesn’t have a universal definition, it is often used when companies make out their environmental practices or “green credentials”  to be more effective than they are in reality, potentially misleading consumers and clients as well as regulators. It has also been described as the practice of combining “poor environmental performance with positive communication about environmental performance”. The EU defines greenwashing as the practice of gaining an unfair competitive advantage by marketing a financial product as environmentally friendly, when in fact basic environmental standards have not been met. It has also been noted that most attempts to define greenwashing are often on the bases of applying “exclusion criteria”, such as excluding tobacco and arms, but does not exclude fossil fuel related investments, making the definitions “disjointed”.

The police raid on DWS signals an increased compliance risk for companies that are attempting to combine environmental, social, and governance (ESG) goals with overall profit generation. A survey conducted in 2019 by the 2° Investing Initiative found that 85% of “green themed funds” made “unsubstantiated and misleading impact-related claims that violate existing marketing regulations. The most common such claim was to suggest that positive environmental impacts result from the investment strategy”. But this is not a wholly new or unique phenomenon, the drivers of greenwashing have been investigated by academic researchers since 2011. And back in May, the Securities and Exchange Commission (SEC) proposed significant rule changes and subsequently charged BMY Mellon Investment Advisor, Inc. with misstatements and omissions about Environmental, Social, and Governance (ESG) considerations in making investment decisions for certain mutual funds that it managed and fined them $1.5m. Alice Garton, director of global legal strategy at the Foundation for International Law for the Environment (FILE), has said that up until 2022, about 70% of climate-oriented litigation was against governments, but there has been a substantial shift towards bringing action against corporates and financial institutions in general.

Rapidly changing and increased regulations in how greenwashing is controlled has vast implications for the legal sector as well. It is argued that legal teams are in a particularly powerful position to drive ESG goals and compliance forward as they are “already accustomed to serving in an advisory capacity for company leadership and having to account for a complex set of stakeholder needs that go beyond just traditional shareholders.”

Earlier in the year, Lex Mundi put together a study based off the findings from the General Counsel Summit hosted in Munich. The report found that with heightened focus on ESG initiatives, “corporate governance is being less dictated by the boardroom and more by a wider variety of stakeholders who all have competing goals and interests”.  This puts pressure on GCs to not only meet the demands of the stakeholders, but to also maintain the financial goals of their company and meet all regulatory compliances.

CEO and president of Lex Mundi, Helena Samaha, stated: “As the climate challenge becomes ever more pronounced, expectations are rising exponentially. Targets are rising, and new regulations are being introduced or updated across most major jurisdictions. General Counsel are always expected to be fleet of foot but increasingly need to with the guile to manage a more diverse range of stakeholders, to balance these pressures with traditional business imperatives.”

David Curran, the Co-Chair of the sustainability and ESG advisory practice at Paul Weiss in New York commented to Law.com: “I’ve never seen anything change or happen faster than the collision of ESG issues with legal departments,” he also added that “Chief legal officers and their teams are being tagged with more responsibility for the most significant reputational risks at a company, which is ESG, in its essence. Lawyers now need to address how companies track, measure and monitor ESG. It’s a big challenge, because this isn’t taught in law schools”.

It is noted that now general counsels who lead the ESG side to their businesses will have to “collaborate more closely than ever before with other arms of the business, from human resources to the financial and marketing departments, to have a deep understanding of how various ESG data is collected, interpreted and reported.” Alice Garton has also said that, “the bottom line for corporates is that if you continue ‘business-as-usual- contributing to climate change, you are harming your own business opportunities”.

The overarching environmental implications of greenwashing in the financial industry are staggering. In 2019, it was reported that , the City provided loans or investments for entities and projects that emitted 805m tonnes of CO2, which is 2.8 times the UK’s own annual emissions.  It was observed that this “highlights the financial industry as one of the UK’s largest contributors to the climate crisis and means that if the City were its own country, it would outrank Germany as the ninth largest emitter of CO2 in the world”.

The Financial Conduct Authority (FCA) has commented: “We have made it a priority to ensure that investors are given clear and reliable information about ESG products”.. “This includes considering where new rules are needed. We actively monitor this sector and will respond where we see serious misconduct.” It is the right time to follow the actions that are taking place by regulatory authorities in the US and Germany, and it is projected that ESG claims made by UK companies will likely come under increasing amounts of scrutiny, not just from regulators, but from environmental and shareholder activism as well.

While the regulations to tackle greenwashing are still developing and are likely to change and increase in the coming months, it is clear that legal teams in the financial services sector will be integral to leading the financial services sector in a way that truly promotes ESG goals that are achievable.  In the words of former Secretary of State John Kerry, “You are all climate lawyers now, whether you want to be or not”.