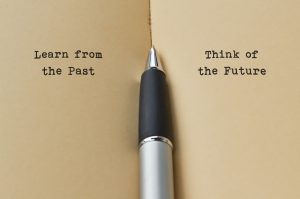 After years of uncertainty, hyperbole and clashing opinions across Europe, we finally have in place the timeline of when the Unified Patent Court will (finally) be launched. My previous article explains the origins of the Unified Patent Court and why thus far it has not been able to go ahead. In this brief commentary, we will look at the reasons for the sudden change of pace and what this now means for not only existing patents, but the wider intellectual property world.

The origins of the UPC stated that the number of member states required to ratify the official creation of the UPC is 13. The 13th country, Austria, deposited its instrument of ratification on January 18th, 2022. With this confirmed, it now means that the provisional application period has now come into force. This means that the UPC can start to recruit staff and put in place IT infrastructure etc. ready for launch. It is anticipated that this will be ready to go in September 2022, although it could take longer.

This also coincides with the introduction of a Unitary Patent, which will allow applicants to file European patent applications, this will be searched and examined in the normal way. Once granted, applicants will be able to choose the Unitary Patent option that will provide a uniform right covering up to 25 of the 27 EU member states (Spain and Croatia have declined to take part) The obvious benefit behind the introduction of a Unitary Patent it’s that it will provide much simpler administration and lower maintenance costs across the board.

The specific date that the new system will come into force will be determined by the 13th state, in this case, Germany, who will have to deposit its instrument of accession to the UPC agreement. Germany has always passed through the required legislation, so it is purely a case of when not if. It has been commented that Germany will only deposit once all the above preparations are completed.

Moving back to the UPC, now 13 member states have ratified this, and the process is already underway to create the necessary infrastructure, it has been announced that the UPC will come into force by the end of 2022- unless there are any major last-minute roadblocks (which look highly unlikely at this stage due to the afore mentioned reasons) The UPC will create a more streamlined process for applications, it will also create legal certainty. Other positives include it will more than likely, cut costs for applicants who have multi-jurisdictional patent applications and help with pressures of the current administration procedure.

When the UPC comes into force, it will not be based in one location. It will consist of several divisions spread over the participating member states (for political reasons) The court of first instance will have a central division in Paris and Munich. There was meant to be a branch in London, however since the withdrawal of the UK from the agreement (Brexit) there is no official plan for where this branch will be transferred to. There have been suggestions for a replacement- notably Milan and Amsterdam, however this is yet to be officially confirmed.

What are the benefits of finally having plans in place for the UPC?

Several in-house counsel I have been speaking with, have given a variety of benefits, however the most common ones were; a more streamlined approach to patents, as opposed to having multiple agreements across different jurisdictions. It has also been mentioned that the UPC will make patents stronger and give greater protection for the invention. This dovetails nicely with the fact that costs will be kept low due to being a “one stop shop”.

Whilst there are obvious benefits, it does create potential problems. One of them being that it has made it much easier for larger companies to cover their patents. It could potentially put smaller companies at risk due to the new structure of the UPC and indeed the unitary patent. In addition, there has been controversy around which languages will be officially recognized for the UPC. As it stands, English, French and German are the languages accepted. What does this mean for counties such as Spain & Italy? Spanish is arguably, one of the most used languages in continental Europe, if not globally, so this might potentially cause unrest. It will be interesting to see how this all develops once everything has gone live.

To surmise, whilst this has been a long time in the making, it now seems that everything is in place to make the UPC a real success. it is the next logical development of patents in Europe, and we now have a clear vision for the future. Remember that Europe was built on the mantra of getting stronger together.