In celebration of International Women’s Day 2019, we have decided to profile the most inspirational women in our Network. These women are not just exceptional in their own right, but have been role models in furthering the debate for greater gender equality in the legal and financial services sectors.

They have supported, mentored and pulled up female lawyers around them, called out and educated others on unconscious bias and have taken to the stage to publicly advocate for equal opportunity. All whilst building phenomenally successful careers, with many balancing this with also raising a family.

Today we share their stories and celebrate their achievements to raise awareness in creating a more gender balanced world. 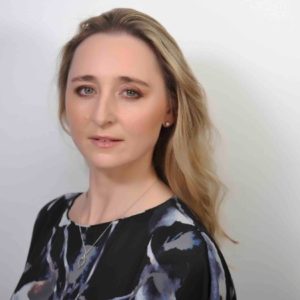 Amanda Gill is a Managing Director at Deutsche Bank, and head of the Global Credit Trading and Emerging Markets Legal Team.

She is a passionate advocate of gender equality in legal and financial services, encouraging her team members and other women at the bank to play to their strengths, be open-minded and authentic.

Amanda mentors junior female lawyers within Deutsche Bank’s London and Birmingham offices. Having benefitted from a mentor herself, Amanda is keen for others to understand the importance of self-awareness and it’s role in tackling unconscious bias. She has also been a member of Deutsche Bank’s gender diversity network, dbGO.

To increase awareness of D&I within her team, Amanda introduced a ‘D&I moment’ to the end of each of her team meetings last year. These give team members an opportunity to explore and share different aspects of D&I. Examples from recent meetings include a general knowledge D&I quiz, an overview of the most recent research findings into reducing the gender pay gap and thoughts on the impact on communities of failure to accept cultural and social differences.

Amanda is also a member of the Law Society’s in-house division committee, which helps develop, promote and represent the needs of lawyers in house.

Stephanie Pagni is an inspirational female leader with a stellar in-house legal career. 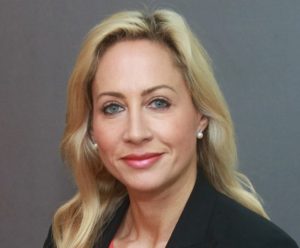 Moving from magic circle firm Allen & Overy, Stephanie joined the group litigation function at Barclays in 2005, later taking responsibility for the litigation services at Barclays Capital. She was the architect of the bank’s first class global litigation and regulatory enforcement group, uniting disputes and investigations capability across different business lines into a single global team.  This created greater scope for internal progression, and allowed Barclays to coordinate a team of highly skilled lawyers at a time of increased global regulatory scrutiny. The team were credited for tackling some of the highest profile disputes to have hit the financial services sector.

Stephanie joined Barclays Legal Executive Committee in 2014 and has since transitioned to a General Counsel role. As General Counsel for Barclays UK, one of the most recognised UK brands, she is accountable for leading the UK Legal function to support Barclays ring fenced bank in its strategic objectives.

Stephanie supports various diversity initiatives, and acts as a role model for her team in balancing work and family life. She is an active supporter of the BLD Legal Launchpad, which works to provide access to the Legal profession primarily targeted at ethnic minority Law students and non-Law students at university in the UK. She also champions technology and innovation in the legal sector, spearheading the launch of LawTech innovation hub Eagle Lab in 2018. 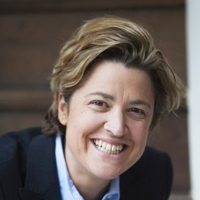 She is the founder and managing director of the Inclusive Group, a consultancy specialising in mindfulness coaching and tackling the complexities of unconscious bias. Sasha educates senior management on the commercial drivers behind reducing bias within an organisation and the critical need to promote and sustain inclusive workplace cultures.

Having spent the first ten years of her career working in a high performance investment banking unit at Credit Lyonnnais, LIFFE and then UBS, Sasha is aware of the issues and challenges for women in such a non-diverse environment. With this experience, Sasha exited the industry to launch the Inclusive Group and in 2016, spent considerable time in the US to expand her knowledge and refine her skills which keeps her at the cutting edge of her field. She is passionate about inclusion and helping embed and measure belonging within business.

Sasha’s insights have earned her a prominent reputation in the market. A regular panel speaker across the globe, Sasha advises on a range of diversity issues. She has also featured in numerous publications, such as The Times, The Guardian, City AM, The Lawyer and Law Gazette, and also made an appearance on the BBC. 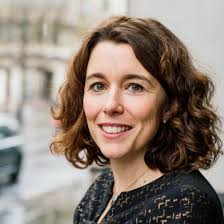 Suzanne Szczetnikowicz is a Senior Associate in the Project, Energy and Infrastructure Finance Group at Milbank in London. Suzanne has extensive experience advising project sponsors and lenders in the development, financing and restructuring of significant, cross-border and strategic projects and joint ventures globally across a broad range of energy and infrastructure sectors.  She most recently co-led the team advising Athens International Airport on a landmark concession extension financing, which completed this month.

A passionate advocate for the advancement of women in the legal profession, she was a 2014 co-founder of the Women In Law London Network (WILL), and joined the advisory board of Thomson Reuters Transforming Women’s Leadership in the Law (TWLL) programme when it launched in London in 2017, alongside some of the most influential advocates of gender balance in the sector. In 2017, she was honoured with a ‘Rising Star’ award by WeAreTheCity for her contribution to raising awareness of gender equality, one of only 5 winners in the legal category. She was also a 2017 Finalist in the First 100 Years Inspirational Women in Law awards and was featured as an Inspirational Woman in the City by Brummell magazine. Suzanne continues to be highly involved with the D&I and wellbeing agenda at Milbank.

Suzanne is a regular panel speaker, including featuring at the TWLL programme’s inaugural conference, participating on a panel addressing what law firms need to do to attract and retain women.  In September 2018, she also led a plenary session at the Women in Law Summit on how female associates can get their voices heard from early on in their careers.

In March 2017, Suzanne’s long-standing interest in classical music led her to join the Board of Trustees of Aurora Orchestra. 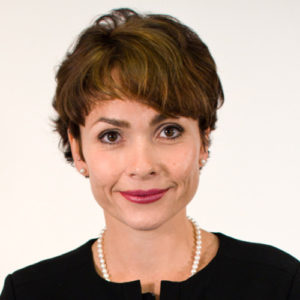 Vicky’s career has provided her with an invaluable awareness of obstacles for gender balance in the legal and finance industries.

She secured a training contract at top flight law firm Linklaters, and practiced employment law in London for 10 years before joining Goldman Sachs in Asia, where she was promoted to managing director. Vicky returned to London in 2013, where she re-joined UK law firm Simmons & Simmons and was quickly promoted to partnership.

Working at a leading global investment bank, at the same time as raising a family, allowed Vicky to advocate for equality by acting as a role model for other women in her industry.

As a partner at Simmons & Simmons, Vicky has worked hard to promote fellow women in the firm, trying to break down perceived barriers amongst her peers, as well as both mentoring and sponsoring up and coming lawyers. Vicky is an LGBT Ally and Chair of the Simmons & Simmons Allies Network.

Her ability to view the diversity debate from both the law firm and client side has made Vicky an excellent contributor to thought leadership around this topic, bringing a unique perspective to the multitude of issues facing a business when seeking to attain a diverse workforce.